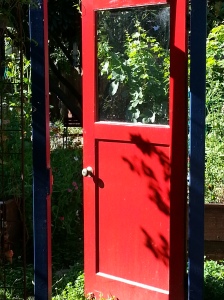 here is an except from a story I wrote called, “Not My Suicide.”  It’s about how       nothing is what it seems: not love, not time, not nature.

Some people, those who are either marginally motivated or marginally skilled, don’t manage to close the deal the first time and try again, compulsively. Psychologists say that some people go at it up to fifty times before actually making it. Strangely, you could say that one success in fifty is respectable. One hundred in-vitro attempts will statistically result in eleven babies. Edison, who was afraid of the dark, made three thousand attempts to create the light bulb before he succeeded. It’s a matter of perspective.

Finally, Viola had had enough. “Can we talk about something else?”

Bibi choked on her biscotti. “Are you off your meds?”

“She’s in denial,” Bibi insisted. “A victim of the liberal media.”

“Liberal — are you nuts?” Marina was not having it. “They’re saying that global warming is a myth, that alternative energies cost too much.”

“Geez Louise, don’t have kittens. You want an almond cookie?”

“I don’t want an effing almond cookie. I want rain forests and tree frogs and glaciers.”

“You’ve never even been to a glacier.”

“It’s true. Poly-something –they use it to make furniture, clothing, computer chips.”

“How did it get in the whales?”

Marina folded Bibi’s hands in hers, squeezed lightly. “Through the water table, Beeb.”

“What? That doesn’t even make sense.”

In the ‘twelve simultaneous versions of Now’ world view, it is possible to be both dead and alive at the same time, both here and there. As if our so-called lives aren’t complicated enough.