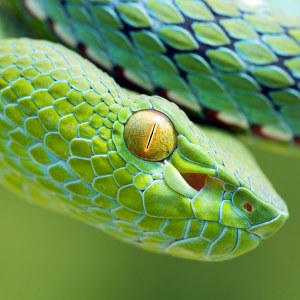 Twenty-five years ago, when Ruth and Marty Tirabi purchased a ten-acre plot in the middle of bucolic farmland, they thought they’d landed in heaven. Unfortunately, the realtor who sold them the property neglected to tell them that beyond the tranquil, bucolic edge of their horizon, a toxic stew was brewing. At that time, no one thought much about the environmental hazards associated with home buying. But then the intermittent smell wafted in, the one hundred and fifty-seven single family dwellings rose up like a tsunami, and carloads of benzene, toluene, and perchloroethane joined truckloads of mercury, lead, nickel, perchloroethate, and a whole host of other hazardous substances with equally unpronounceable names, forming car pools and organizing marches to the aquifer below. The caravan traveled slowly, inch by careful inch, undiscovered until a quarter century later.

And water being what it was – ubiquitous by any standard – the contamination did not confine itself to any legal borders, but spread throughout the entire aquifer, a massive thing that provided water to the Stahl’s, the Tirabi’s and their neighbors in the new Hickory Hills development. Hickory Hills attracted wealthy city dwellers who pined for pristine country air and didn’t know most farmers’ propensity not only to sell what they grew, but to rent what they owned to cover the spread. Jim Stahl, Sr. had covered his spread by renting a portion of his property to the County to be used as a landfill. And since there were few, if any, instances where one person’s actions failed to affect the lives of others, Jim’s contaminated water spread to his neighbors’ homes and discreetly took up residence there, finding permanent quarter in the kitchens and bathrooms of all one hundred and fifty-seven single family dwellings.

Lawyers advised clients in hushed, confidential tones to get a blood test and a wave of pandemonium spread through the development as test after test came back positive for cancer. Children with their developing immune systems were hit especially hard. The local newspapers did their part to raise the level of hysteria. Gossip spread rumors like a middle-aged waist-line, forcing the EPA to mount a public awareness campaign. EPA went door-to-door, offering all the neighbors of Hickory Hills bottled water until the in-house filtration systems could be installed. But in many instances, it was too late.

Jim Stahl Sr. had started landfilling in 1975, thirteen years after Rachel Carson wrote Silent Spring, one year before Congress passed the Clean Water Act, and eleven years before they would enact CERCLA, the Comprehensive Environmental Response Compensation and Liability Act, also known as the Superfund. Rivers were catching on fire, leaded gas was leaving a smoke screen out on U.S. highways, and Love Canal had exploded into public awareness. At that time, there was more to worry about than a few hundred thousand pounds of unprotected trash. But if the Senior Stahl had complied with even the most primitive dumping laws in effect at the time he started landfilling, the Hickory Hills development might not be on the National Priorities List today, and Jim Stahl, Jr. would not be mired in the muck that his father’s landfill had become. The National Priorities List or NPL was a list of the nation’s most contaminated Superfund Sites. Making that list was not something to write home about.

Over the years, corrective measures were put into place – a bit of cover here, some plastic to act as leachate collection there – but no one anticipated the rapid growth of the surrounding communities or looked at the scheme of the landfill in its entirety. Jim’s father retired, passing the whole problem on to his son – the sins of the father, as it were – and Jim took to greeting government inspectors at the door with a shotgun.

Several months and meetings later, EPA dispatched an OSC, On-Scene Coordinator, who directed two dozen people dressed in hazmat suits, moon suits as Vera, Jim’s wife, called them, to construct a temporary cap over the landfill. The cap was like a big Rubbermaid mat comprised of heavy-duty geosynthetic material. For three weeks, backhoes, trackhoes, bobcats, bulldozers and cranes dotted the landscape. When the temporary cap was complete, the contractors fenced the front half in, packed up and drove away, leaving the seething menace to percolate below and promising to send the culpable parties along to finish the job soon. Two years later, the temporary cap, held in place by used tires strung together with rope, had begun to show its age.

this is how we got here