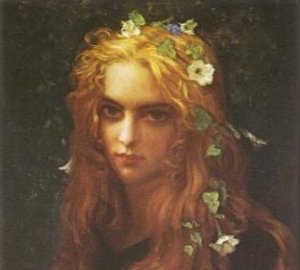 Hart and Sonia sat in the kitchen of a large, turn of the century farmhouse. Sonia had lost all the “baby weight,” those amorphous extra pounds that settle around the hips and lower abdomen and stayed on like an unwanted house guest. Hart hadn’t minded. On Sonia, everything looked good. Seeing her now though, in her tight, short-sleeved pullover and Levis, he felt the pull of desire and wanted to do something about it. He squeezed her hand and smiled, but she scowled at something across the room. He followed her gaze.

Bicky!  What the hell’s he doing here? Bicky smiled complacently at his daughter. On the table was a small turtle, the kind children put inside a terrarium with a little pond, some dirt, gravel, and a few ferns. Hart watched the turtle walk back and forth between his open hands.

Hart strained to listen, but didn’t understand and didn’t want to confess his ignorance. If she found out he didn’t know what the hell she was talking about, would she leave again? He searched her face for meaning and finding none, returned his attention to the turtle.

“David, he won’t stop here. Don’t you see? He doesn’t care. Not about anyone or anything. Do something. Please.”

Do something about what? Hart’s brain cast about, attempting to divine meaning, but the more he let loose the lure, the more tangled the lines became. So he just sat there while Sonia scowled and Bicky smiled like a Jesus wanna-be. He squeezed Sonia’s hand again, as if he could intuit her meaning through touch. Tears sprung to her eyes, but the scowl remained intact.

Without warning, Bicky reached across the table and plucked the turtle from Hart’s fingerless hold. He jumped up and headed toward the stove. A large pot bubbled away; a gas flame licked the underside of its metal belly and steam wafted up to the ceiling’s wooden beams.

“No!” Sonia shouted, pouncing on her father. He whirled away and held the turtle above her head, dangling it there like a bully would do to a smaller child.

“David, please. He kills everything. Stop him.” Before Hart could move, Sonia was on Bicky, pushing, kicking and punching. He shoved his daughter and she crashed into the kitchen door. The rickety latch gave easily; the door flew open and Sonia out with it.

“Nooo!” Hart screamed and jumped over the table reaching the door just as it banged shut. He flung it open and instead of finding his wife, lying prostrate on the front stoop, he found a large, fast-moving river. He stared after the river’s course dumbfounded, but there was no trace of Sonia.

Hart turned and leaped at Bicky, snatching the turtle from Bicky’s hand and replacing it on the table. He put his hands on either side to guard it and watched his father-in-law through narrowed eyes. Bicky pressed forward, but Hart deflected him, his arms forming a barricade. He was desperate to go after Sonia, but Bicky’s menacing presence loomed large and Hart knew that if he left, the turtle was soup. Bicky mocked him, trying to break him with derision, but Hart wouldn’t blink. Finally, he just stared at the turtle, wide-eyed, babbling something crazy. At first, Hart thought it was a trick, but curiosity beat him down. He looked. The turtle had tripled in size and was still growing.

Bicky ran a tongue over his lips. “Ah, it’s going to be even better now.”

Hart readied himself for another attack, shielding the turtle with his body. There was no assault, just the beep beep of numbers being punched into a cell phone. He looked up, expecting a trick, but Bicky was, in fact, calling someone.

“What are you doing?” Hart asked.

“What else,” Bicky said. “Calling my lawyer.”

The peal of the phone shot Hart right out of bed.  He scanned the room, disoriented. Bicky was gone.  So was the turtle. “Sonia.” A lament. The phone rang again, jarring him. He loosed it from its cradle.

“I’ll be there by late afternoon,” Hart said, and started packing.

to catch up, jump here

2 thoughts on “he kills everything”