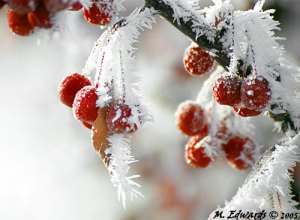 There were few people that gave Bicky Coleman pause, but William Graighton was one of them.  A large man in all respects, Graighton was also the most powerful man in the oil industry and had the last word on a host of things that the oil companies did together.  If OPEC could have their little coalition, so could the giants of U.S. oil, and William Graighton was the glue that held them all together.  Bicky thought he had a slightly unorthodox way of dealing with things, but Akanabi had made a ton of money since Graighton took over, leaving Bicky to assume the man was prescient.  Given the state of things, having a cocktail with Graighton this evening was downright unnerving.

“Have a seat,” Graighton said.

Bicky slid into the plush velvet armchair.  Two drinks were already on the table.  Bicky raised his glass.  The ice clanked against the sides in his shaking hands.  He took a sip.

A corner of Bicky’s mouth quirked up in response; he coughed.

Graighton laughed out loud and grabbed Bicky’s arm, applying pressure with a firm grip.  “Lighten up.  It was a joke.”  Graighton flashed a half-smile and took a slow slip of his whiskey.  When he spoke again, it sounded gravelly and harsh, like the bottom of the barrel.

Bicky pushed it across the table toward Graighton who laid a gentle hand on it.

Graighton laughed again.  “I have to know.”  He pushed the report back toward Bicky.  “Next time…” he flashed Bicky a wry smile punctuated by the beep of his cell phone.  Graighton looked at the number, waving away the rest of his words.

“Yeah,” he said into the tiny mouthpiece, all but dwarfed by his beefy hands.

Bicky tried to gauge the substance of the call, pretending to sip his drink.  He watched Graighton’s large hand, resting on the envelope.  Surely, he couldn’t have guessed.  Graighton had his back to Bicky and was speaking in hushed tones.  Despite their proximity, Bicky couldn’t hear what Graighton was saying.  Well, to heck with him.

He tapped Graigthon on the arm and the big man stiffened.  An electric shock ran  through Bicky’s fingertips and he yanked his arm back.  He mouthed the word bathroom to Graighton and rose, laying a hand across his lower abdomen.  Graighton gave him a disgusted look, waving him away as one would a gnat.  Bicky left the alcove and headed for the front door.

He stood on the front steps of the Union Club, waiting for his car.  The valet arrived and held the door open.

“Are you sure you don’t want me to call your driver, Sir?”

“Yes.”  The response was curt and conclusive.  Bicky handed the valet three $100 dollar bills.  “As far as you know, I never left.”

The valet nodded and shut the door as Bicky pulled away.

It was only after Bicky was out of sight that he looked down at the bills in his hand.  He smiled and pocketed the money, turning up his collar against the cool night air, then turned and walked back into the foyer.  A second car crept out of the parking lot, following Bicky’s car at a safe distance.  The valet never saw the second car leave.

Forty-five minutes later, Bicky was at the bar, Chivas in hand, his full attention on Hart.

“So.  Tell me,” Bicky said.  Despite the central air conditioning, Bicky pulled out a handkerchief and wiped at the beads of sweat forming on his brow.

“Well, it’s hot. And sandy.  No humidity though.  Which just goes to prove that those people who say it’s not the heat, it’s the humidity, have never been to the desert.”

“What else?”  Bicky arched an eyebrow and waited.

“It’s state of the art stuff.  Really.  Those guys didn’t skimp when it came to installation.  The problem is all the sand.  The finest equipment in the world doesn’t hold up with all that stuff blowing around.  And it can get windy as hell there.”

“Can we make money?”

“We can always make money.  You just gotta keep somebody on the job is all.  But a couple hundred thousand in salaries is nothing compared to what you can pull out of the ground there.  It’s like a geyser.”

“Like our wells used to be before we pumped the crap out of them?”  Bicky said with a trace of melancholy.  He sipped his whiskey and stared off into the alcove across the room for so long that Hart finally turned around to see what in the hell his father-in-law was looking at: empty space.

Hart eyed his father-in-law with mild curiosity.  “We can finish this tomorrow.”

Bicky looked to his watch. “Nonsense.  Too early.  Have a drink with me, boy.  Wash that road dirt away.”  He motioned to the waiter to bring two more whiskeys.  Hart checked his own watch.  The night was about to get long.

to read what came before, scroll down. . .