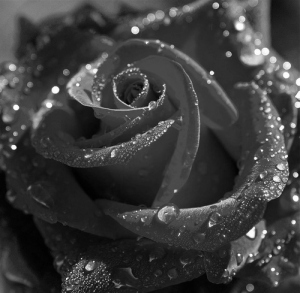 Bicky rustled through stacks of reports, shoving things around his desk in haphazard fashion.  He picked up the receiver and buzzed Phyllis.

“I still can’t find the yearly report.” he snapped.

“Did you look on your desk?” she asked.

Bicky snorted.  “Would you come here and lay hands on it please?”

He was still holding the receiver when Phyllis materialized.  He pushed his chair back, making room while the flurry of Phyllis’s hands restored order to his finite universe.

“It’s not here,” she said, straightening.

“I know that.  I’m thinking that eventually you’ll tell me what you did with it.”  Phyllis raised an eyebrow in response, the equivalent of a shove.

Bicky rolled back an imperceptible inch. “Well, it didn’t walk out of here by itself,” he mumbled.

Phyllis shot him another arrow which he dodged by walking to the window.

“Did you stick it in your briefcase?”

Bicky’s briefcase sat perched on the mocha leather couch, the two leathers barely distinguishable.  Bicky watched Phyllis peripherally, pretending to gaze out the window as she rifled through the bag.

“If I had put it in my briefcase, I wouldn’t need you to look for it now, would I?”  Bicky turned and met her gaze with the temerity of a spoiled child.

Phyllis addressed him as one:  “You can get your own report if you use that tone with me again.”

He turned back to the window.  From this angle, Phyllis’s slate blue eyes would do less harm, only able to bore holes into the back of his goddamn skull as opposed to his own eyes, risking his soul.  He watched her reflection in the window and she watched him watching her.  She snorted and he sighed, looking down at his feet, battle lost.  After all these years, Phyllis Steinman had no trouble handling Bicky Coleman.

“Get me my calendar at least,” he half-pleaded.

Phyllis turned and walked out the door returning moments later with the calendar.

“Who was here today?”  Phyllis scanned the calendar entries.

“Every meeting you had today was either in the conference room or away from the office. Except for the one with Graighton which was here and which you were present for, I presume.”  She scanned the pages again nodding her head once to confirm.

“Graighton didn’t take the report.  He’s got his own,” Bicky barked.  “Nobody else was in here?”

Phyllis scanned the pages again and stopped.  Her face contorted slightly and she slammed the book, regaining her composure.

Bicky opened the book and checked the entries.  It was all as Phyllis had said.  He sat mulling over the days events then narrowed his eyes at her.  “Sonia.”

“How long was she waiting?”

“What does it matter?  You know Sonia.  She probably thought she’d use it as ammunition to get her husband out of Iraq.”

“Her husband is out of Iraq.”

“I need that report.”

“I’ll order another one.”

“What is it exactly, that you would like me to do?”

He turned back from the window to face her.  “I want you to get the first one back.  It’s dangerous for her to have it.  You know that.”

“Why?  Because only a select few are privy?  Besides, how do you know she has it?”

“Oh, for God sakes, woman, don’t act stupid.  It doesn’t suit you,” Bicky said.  “Sonia was the only one in here today.”

“That fact alone does not unequivocally prove that Sonia nicked your report,” Phyllis said  wryly.  “For all we know, somebody off the street could’ve marched in and grabbed it.”

“Well, unless Jerry’s lying dead in the lobby, how do you think that would be possible?”

“Maybe we have poltergeist,” Phyllis sniggered.

Bicky sighed.  “Just call her…please.”  He said the word please under his breath.

Phyllis shook her head.  “Forget it. I’m not getting involved.  This is between you and your daughter,” she bristled, “and if she’s got a bone to pick, it’s with you, not me.  She probably wants a little attention.  Maybe she’s trying to get you to make up for the last thirty years.”

“Spare me the armchair psychology.”

“It’s tough to swallow so much crow.”  Phyllis patted his hand.  “But you’re a tough guy.”  She said, closing the door behind her.  Bicky snorted as he watched her go.