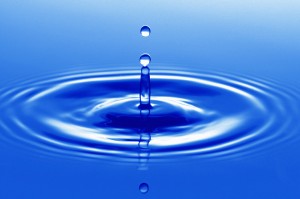 Marty drove slowly down Market Street and took the on ramp for I-95 South.  The lights of the Walt Whitman Bridge did little to illuminate the ghostly night sky which had assumed the pallor of the thick, stratus clouds, hovering close to the city.  Pockets of swollen cumulo-nimbus clouds floated below the tight formation of stratus’ looking as if they might kiss the Delaware River.

“Looks like a storm’s coming,” Ruth said.  She leaned back against the headrest as the car glided onto the highway.

Traffic was light.  Ruth watched out the passenger window long after the city, vague and foggy with the inclement weather, disappeared from view.  Marty pulled his wife in closer and wrapped an arm around her shoulder, moving over to the slow lane.  Three cars back, a pickup did the same.

“First rate party, Ruthie.”  He gave her arm a squeeze.

“It was, wasn’t it?”  Ruth nuzzled into Marty’s shoulder.

“Remember when we were first married?” he asked.  “I had that little English Ford.  That thing took every bump like it was its last.  Why did we get rid of it?”

“We had Kori. The car barely had room for two, let alone three,” Ruth laughed.  “I really loved that car.”

“I wish I could have kept it for you.”

“We couldn’t afford it, remember?”

“Do you regret all the years you’ve spent with me, Ruthie.  I mean, you could have married someone that had more ambition, money-wise.”  Marty stroked his wife’s hair.

“I’m talking big money.  The kind that lives longer than you do.”

“Marty, you’ve been married to me for twenty-five years and you still don’t know me, do you?”  Ruth squeezed Marty’s thigh, sitting up to her full height.  “Silly man.”  She kissed him on the cheek and he turned to wrangle a full-blown kiss on the lips.  She unbuckled her seat belt, and shifted to wrap her arms around his neck.  Just as she kissed him, the pick up rear-ended them.

The impact and sudden change of trajectory sent Ruth sprawling.  Marty cut the wheel hard to the left to avoid driving off the road and after a few squeals, set the car right as Ruth crawled back up onto the seat.  Marty checked the rear view mirror.

“Are you alright?” he barked.  Ruth nodded and rubbed her arm which had taken a beating against the dash on the way down.

“Did you hit something?” Ruth asked.  Marty pulled over to the side, but before he reached the shoulder, the pickup nicked them.  Ruth screamed and turned in her seat to see two giant headlights barreling toward them.

“Oh my God,” Ruth yelled.  The pickup made contact and Marty hit the accelerator.  Ruth flew back and forward, banging her head on the dash as Marty cut the wheel.

“Get down.” Marty said.  He tugged at her arm, but Ruth remained steadfast, watching as the pickup dropped back and began weaving back and forth.

“It’s a drunk driver!” Ruth said as the pickup began an erratic, dance between the lanes.

“You bastard,” he mumbled.  “What the hell does he want?”

“Ruth, get down and hold on,” Marty yelled, and pushed his wife to the floor; he veered back and forth across the lanes, trying to lose the pickup.

Ruth crawled onto the seat to look out the back window.  “Marty, he must be drunk.  Stop the car.  Get the hell out of his way,” said Ruth.  Marty checked his rearview mirror, sped up.

“Ruth,” Marty boomed.  “Get down!”  He shoved her onto the seat as the pickup side-swiped them.  “This son-of-a-bitch doesn’t know who he’s dealing with,” Marty said through gritted teeth.  He slammed down on the accelerator the pickup dropped back.  Ruth peeked at the speedometer.  It read ninety-two miles per hour.

“Better me than him.”

As they rounded the curve, the pickup accelerated and rammed into the back end on the driver’s side.  The impact hurtled Marty’s car, already approaching 100 mph, off the road and through space.  The car flew at first, then hung there for a moment, suspended between the finite and the infinite, between the possible and the impossible, between life and death, and at the exact moment when it seemed that Ruth and Marty Tirabi might float away, gravity reached out and throttled them to the ground.  The car landed with an ear-splitting crash, a cacophony of steel and glass and metal.  A loud hiss emanated from the interior as the air bags expanded.

The pickup switched on its turn signal and pulled to the side of the road behind the Tirabis’ car, but no one emerged from the wreckage.  The driver opened a bottle of Mad Dog 20/20, unscrewed the cap and took a long draw on the bottle.  He burped, said “excuse me” to himself, and sucked down another quarter.  He rubbed the raspberry-colored liquid in his hair, poured some in his hand and flicked it with his fingers at his pants and shirt.  He drained the bottle and threw the empty on the passenger’s side; the last few drops, like Chinese water torture, dripped with excruciating slowness onto the seat.

The driver unbuckled his seat belt, checked himself in the rearview mirror, took a deep breath, and floored it.  There followed a spine-chilling scrunch of metal as the front of the pickup crumpled upon impact with Marty’s bumper.  The Tirabi car lurched forward, condensing further like one last push on the accordion.  The pickup’s air bag sprang to life, engulfing the driver who passed out.  The right tail light of the pickup blinked inexorably in keeping with the rhythm of a heartbeat.